(1) In the beginning God created the heaven and the earth.

There has long been a debate over whether there is a gap, or interval, between the first two verses of Genesis. It would certainly not be uncommon because there are many gaps in the Bible. In fact, we are living in one. This present age was a mystery that God skipped over in many Old Testament passages.

The question is, does v.2 describe God’s creative work, or His judgment? I believe it describes His judgment in response to the fall of Lucifer and the rebellion he led among the angelic host.

Why does it matter if there is a gap or not? It is connected to the right division of the word of God and the mystery of the Body of Christ. It also helps us understand some things about Satan and his policy of evil.

What Saith the Scripture? 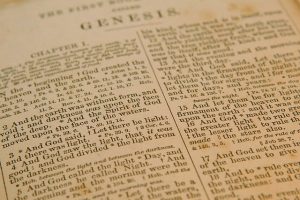 Why do so many Christians reject the Genesis gap, and some even call it heresy? They have been told that the “Gap Theory” was invented in the 1800s as a compromise to accommodate the theory of evolution. Perhaps some who taught the gap had the wrong motive and some unbiblical ideas about it. The opponents of the gap like to use the tactic of guilt by association by constantly associating it with evolution. It is false to claim no one taught the gap before the 1800s. For example, a reformer by the name of Episcopius (1583-1643) taught it. Yet, the question is not who taught what, why, and when. The real question is, “What saith the scripture?”

My reasons for believing there is a gap has nothing to do with geology, the fossil record, or the age of the earth. Evolution could not take place even if we allowed for trillions of years. I think that creationists make a mistake when they stake so much on the age of the earth. The Bible does not make that the issue because it does not state how old the earth is. Some think it is old, others claim it is relatively young. Both sides have evidence to support their view. How can that be? There are things about the earth and our solar system that are old and young, and the gap explains how it can be both.

It is not possible to know how long ago God created the original earth because He did not reveal that information. Neither can we know how long the period was that elapsed between the creation of the original earth and the reconstruction of it. The length of that period is not the issue. The real issue is WHY there was a judgment. Why would people think that nothing came into existence until about 6,000 years ago? Because that is when mankind came into existence, and it is all about us, isn’t it? Yes, that was sarcasm. Do you really think our infinite and eternal God created nothing until about 6,000 years ago, which was but as 6 days ago to Him (2 Pet. 3:8)?

Opponents of the gap accuse those who believe it of reading something into the passage that is not there. There are many places in the Bible where there is a gap skipped over in the passage, and we understand that by cross-referencing (e.g. Isa. 61:1-2; Dan. 9:26-27). Just because God does not reveal why the judgment occurred in Genesis 1 does not mean that it did not happen. It was not the purpose and scope of the passage to reveal that information. We must compare scripture with scripture (1 Cor. 2:13). That no prophecy of the scripture is of any private interpretation (2 Pet. 1:20-21) is proof of inspiration. God wrote the Bible in such a way that we must “search the scriptures” if we are going to gain spiritual understanding. The book of Genesis does not reveal the fall of Lucifer. Therefore, those who reject the gap between v.1 and 2 have to put a gap somewhere before Gen. 3:1.

Some assert that there could not have been sin or death on earth until Adam sinned. They use Rom. 5:12 as a proof text but that verse is talking about the world of mankind. Lucifer and Eve sinned before Adam. They also say that if Lucifer fell before the 6 days God could not have said that everything He made was very good (Gen. 1:31). The first thing He says was good is light in v. 4 (Lucifer fell between v.1 and 2). God’s statement in v.31 is limited to what He made during the 6 days in 1:3-30 and refers to the earth and its solar system. Satan’s primary habitation is “in heaven” (Job 15:15; Eph. 2:2; Rev. 12:7-9). Notice that God did not call “Heaven” good in v.8. In the beginning, God created “the heaven” (singular, only the KJB gets this right), but there are “heavens” after the 6 days (Gen. 2:1). The “great deep” between the second and third heaven is for division and separation.

1. The apostle Paul referred to the first verses of Genesis as a picture of salvation (2 Cor. 4:6), which would make no sense if there was not a fall and judgment before Gen. 1:3. Man was created, ruined by sin, but all who believe the gospel are “a new creature” (2 Cor. 5:17). God used His Spirit and His word to bring us out of darkness into light (Acts 26:18). F.W. Grant (1834-1902) wrote, “This thought of a ruined condition of the earth succeeding its original creation, so far from being merely an attempt to meet the demands of geology, is no less required by the typical view. It is the new birth of a fallen creature which is depicted in the first day’s work.”

2. There has been a rebellion against God in both heaven (“before the world began”) and earth (“since the world began”). God has a twofold plan that involves reconciling the heaven and earth back to His government (Col. 1:16). The mystery of the Body of Christ has to do with God’s purpose from BEFORE the world began. I believe it was God’s response to a rebellion among the heavenly host that occurred BEFORE the world began. Lucifer challenged God (Isa. 14:12-15; Ezek. 28:11-19). We know that the angels existed before God laid the foundations of the earth and set the boundaries of the seas (Job 38:1-11). If they were created in the six days, why wouldn’t that be mentioned in Gen. 1? The creation of man was God’s response to Lucifer’s challenge (Ps. 8:2). There was an enemy present before God created man which is why God told man to “subdue” the earth (v.28). Human history is the laboratory in which man is tested and God proves that His way is best. Adam was placed in the very area that God’s city and throne once was. Satan devised a plan to usurp Adam’s dominion. Israel has to do with God’s purpose since the world began. From Gen. 1:2 all the way until Paul, God’s revelation concerns THE EARTH which is why He did not reveal what happened in the gap in the first chapter of Genesis. The Body of Christ is God’s heavenly people that will fill the positions vacated by Satan and his angels. The mystery of the Body of Christ was “hid in God” (Eph. 3:9) and not revealed before Paul’s ministry because of the enemy (1 Cor. 2:6-8).

3. Every verse in Gen. 1 (except v.1, 27) begins with “And” which always moves the narrative forward and never refers to the previous verse. Therefore v.2 is not a description of v.1. Note the period (full stop) at the end of v.1. The descriptive words in 1:2 match other verses that clearly speak of judgment (Jer. 4:23). There is only one other reference to earth being “without form and void” in the Bible. How did the earth become “without form, and void?” Jeremiah said that it was by “the presence of the LORD, and by his fierce anger” (Jer. 4:26). I realize that Jeremiah is speaking of a future judgment, but by comparing scripture with scripture (1 Cor. 2:13) we learn that the earth becomes “without form, and void” as a result of God’s judgment (Isa. 24:1). The words “deep” (flood) and “darkness” (1 Jn. 1:5) are associated with God’s judgment in many verses in the Bible.

4. God plainly declared that He did not create the earth in vain (Isa. 45:18). God does not create in stages (Deut. 32:4). For example, the Bible does not say, “God created the beasts, and the beasts were without form and void.” To suggest He spoke a flooded earth that was without form and void belittles His power. Since “Earth” is DRY land (vv.9-10), why would He originally create a flooded earth? There was no sea on the original earth.

5. There is a difference between the words “created” (bring into existence out of nothing) and “made” (use pre-existing materials). The word “created” is only used twice in the six days. Both words can be used concerning the same subject when referring to different aspects of the subject. For example, man was created and made because his body was formed from the dust of the ground. Notice concerning plant life that the “earth brought forth” what was already there (v.11). The Bible does not say, “God created the heaven and earth in six days” (Ex. 20:11, note “made”).

7. Adam was told to “replenish the earth” just as Noah was told to replenish the earth after the flood (Gen. 9:1). Adam was a son of God. There were sons of God on earth before Adam. The modern versions say “fill” instead of “replenish” in Gen. 1:28. In the KJB there is a difference between “fill” and “replenish.” God used the word “fill” in reference to marine life (1:22). Therefore, there must not have been a sea on the original earth in eternity past just as there will not be a sea on the new earth in eternity future (Rev. 21:1).

There are other biblical points that lead me to believe there is a gap between the first two verses in Genesis, but I think these seven are enough to furnish an open-minded student enough references to get started in a Bible study to see whether these things be so. Be a Berean (Acts 17:11)!

Questions need Answers
Please feel free to contact Hope Bible Church if you have any questions regarding any articles posted on our website. We are always ready and able to back up all articles with scripture and will be delighted to discuss that with you. 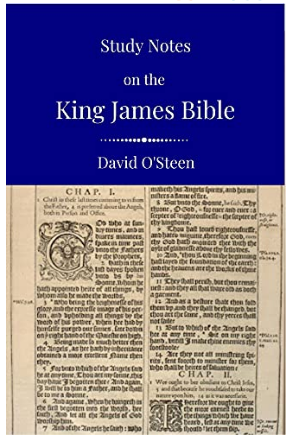 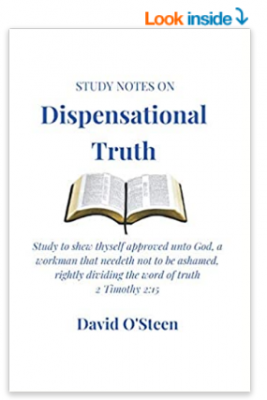